5 Most Bizarre Trophies Given in Sports

When you think of a trophy, you probably think of a glistening cup or a shimmering figurine in an active pose atop an ornate pedestal. As such coveted awards, trophies generally have a dignified air about them. But did you know that the vast world of sports had some truly unique and downright bizarre trophies to bestow upon its victors? Canuck Amusements and Merchandising Ltd., providers of trophies in Calgary, has compiled a list of 5 of the most bizarre trophies in the bunch. 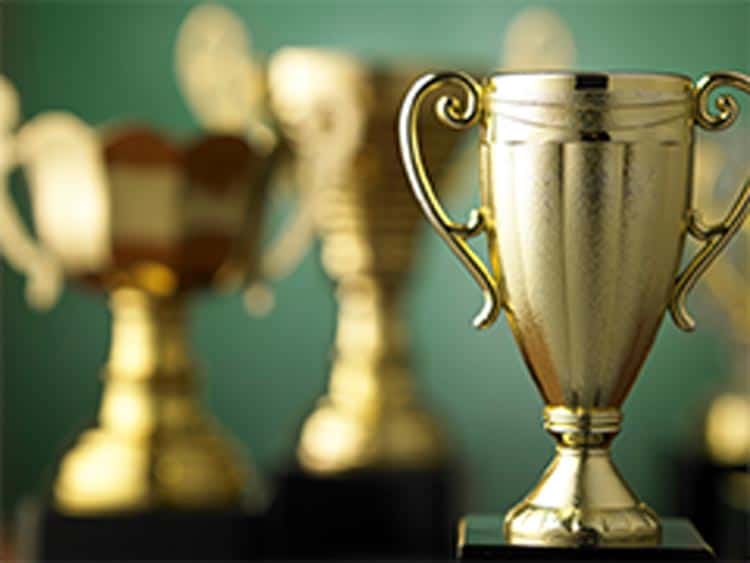 You probably wouldn’t expect for a golfer who has won the Castello Masters, the annual European golf tournament, to be given a trophy which has been dubbed “Mr. Potato Head,” but that just so happens to be a fitting moniker for the Castello Masters trophy. Awarded since the inception of the tournament in 2008, this funny-looking little guy grasps a golf club in one hand and happily flashes a “thumbs up” with the other.

Everything in Dubai is known for being grandiosely over-the-top, and the Dubai Desert Classic trophy is no exception. This trophy is basically a giant silver jug which features a rather sharp spout. The winners of this trophy are either going to have to expand their trophy cabinet or use the jug as a very topical decorative piece.

From the 2007-08 season onwards, the Warne-Muralidaran Trophy has been awarded to the winner of the Australia-Sri Lanka Test cricket series. This trophy makes many “bizarre trophy” lists for the fact that it prominently features casts of two hands, making it a little surprising at first glance. However, once you learn that the casts come from two of the greatest cricket bowlers of all time, the trophy seems rather apt.

Another bizarre trophy which you wouldn’t expect to be awarded after winning a major sporting event comes to us from the world of golf once again. For winning the LPGA KEB-HanaBank Championship in South Korea, golfers get to take home a wine cooler that appears to have a wooden paddle of some sort sticking out of the top.

Finally, one of the most unique trophies in the sporting world is the seven-foot-tall grandfather clock awarded to the winner of the NASCAR Sprint Cup at Martinsville Speedway. Though it may be enormous, NASCAR sprint cup drivers absolutely love taking home the Martinsville Speedway clock.

Beautiful Trophies in Calgary for Your Sporting Event

While these bizarre trophies are fun to look at and read about, chances are that you’ll want to offer more traditional and elegant trophies to the winner of your sporting event or competition. At Canuck Amusements and Merchandising Ltd., we provide a variety of beautiful trophies in Calgary that can make the perfect award.

If you have an upcoming event to prepare for and you’ve got any questions about our selection of awards and trophies, just contact Canuck Amusements and Merchandising Ltd. today.